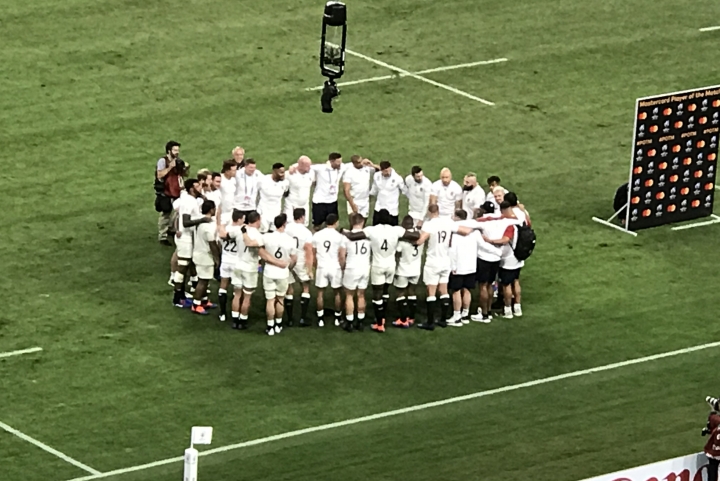 Day 26 I woke up early and decided to try the hot springs before breakfast. I donned the traditional yukata (dressing gown) forced my large feet into the tiny geta (slippers) provided by the ryokan and made my way to the hot spring baths. It as very well organised, numbered pigeon to leave the geta, numbered locker for valuables and same numbered basket to leave your yukata. This time I knew exactly what to do, shower and then get into the baths, unlike my previous and first stay in a small ryokan with a shared hot bath where there was no instructions and I simply got the body wash, jumped into the hot bath and used it like a normal bath! I only realised when I tried to pull the plug out after I had finished and I couldn’t, that may be I got this wrong! With a huge indoor and outdoor hot springs baths, the experience was very relaxing and I walked refreshed and ready for breaky. We soon checked out and got on the bus to Kanazawa, home of the Samurai warriors, our stop for the next two nights. Kenroku gardens is impressive and a must visit whilst in Kanazawa as is a typical Samurai home – where you’ll realise how tiny samurai warriors were – and castle. For dinner we re traced our steps back to Sushiryu which I visited during my recce, and they were responsible for introducing me to Dassai 23, my favourite Sake!

Day 27 was a day of catching up with work and fielding lots of questions from guests about to fly out from the UK & US to join us for the Quarter-Finals. Our workload here in Japan is about to ramp up a few more decibels! My poor liver is set for overdrive, from experience, I know all the newbies will want to hit the ground running.

Day 28 We checked out of the Kanazawa Tokyu and luckily were the first arrivals at the ANA check in desk. For the first time it all went swimmingly, apart from three couples that went sat together which was swiftly corrected. All was good with ANA. Short flight to Fukuoka and we arrived at the Hilton Fukuoka – the biggest hotel in the whole of Japan with well over 800 rooms.. in Vegas this is considered to be boutique! Today, the main bulk of our RWC party arrived throughout the day. Whislt I was entrenched in my room for most of the day still cartching up with emails, etc, my assistant Miko was out shopping for Sake, wines, cake for a couple of clients celebrating their birthdays as well as liaiasing with Clouds bar on the 35th Floor of the Hilton for our pre dinner Sundowners, Sanyu Yathai for our welcome dinnner and Utamaro for our post dinner soiree. As Oita is bereft of hotel rooms, most of the travelling fans were based in Fukuoka and the Hilton was teeming with fans from various agencies and nationalities. There was a buzz and anticipation around the hotel with the upcoming Quarter-Finals. I greeted some new arrivals early afternoon in Clouds bar and later when I went to meet them for sundowners hadn’t moved at all, I knew it then it was going to be a very long and liquid night! A few gin & tonics and beers later we all piled into taxis and headed to Sanyu Yatai, loaded with cases of Dassai 39, white wine, red wine and oh I forgot the birthday girl’s champagnes in my fridge! Kyoko, our lively host at Sanyu very kondly sent one of her team off to purchase four bottles of fizz – a savior! We laughed, we quoffed and enjoyed various skewers of chicken, beef and pork and of course, the famous ramen of the region. I expected to have taken back some of the sake..no chance! it was all gone along with the wines and champagne – the A team had definitely landed! We ,moved on to the roof top area we had exclsuively hired at the trendy Utamaro bar, more guests joined us there after dining out separately. The karaoke room on Rooftop was overflowing with much joviality and singing of a very low calibre at high decibels; for this evening we were all stars!

Day 29 Morning was a total write off! Afternoon was spent mostly trying to find a solution for viewing the Tokyo Quarter-Finals which were on after the Oita Quarter-Finals which we were attending. We were based in Fukuoka, a two hour drive from Oita; as a result of there being very little accommodation in Oita, most fans were based in Fukuoka, the nearest city with some volume of hotel rooms. Rugby World Cup is the biggest event in Rugby and we crave to see all the games. There was pressure from 99.9% of guests to find a solution for viewing the later Quarter-Final New Zealand v Ireland. I asked my ground agent if the coaches had a tv that can show the game post match on a 2 plus hours drive back. “No” was the response. Are there power sockets available on the coach? Again “No” was the response. No tv screen nor power socket meant our idea of buying an Apple TV and streaming the game on the tv was a none starter! Time for alternative solution. Miko and I spent some time sourcing and contacting locations in Oita, neighbouring city Beppu and on our route back to Fukuoka. Not one place could be found that was 100% showing the game let alone accommodate our numbers. So we thought just head for the fanzone and city centre in Beppu and guests can find Heineken bars that we’re showing the game as they were a few. Problem solved and time to relax. All we needed now was confirmation from the transfer company of our delayed departure from Beppu. “No” was again the response from our ground agent! This is becoming very frustrating! Apparently this would exceed the legal “driver time” ok can a second driver be sourced to travel with us and do the later shift back? “No”! Can we get a different coach company & driver to bring us back? “No availability “ only suggestion left is for guests to bring the phones, iPads and laptops and stream the game on their devices. This is one irritation of the Japanese culture – their inflexibility. Which I applaud on most occasions, however, sometimes a little flexibility is required. The day ended on a high when Miko & I were treated to dinner by Paul & Matt as a thank you for the last two weeks of their amazing experience in Japan. Miko & I will happily accept thank you dinners so keep them coming!

Day 30 – Game day! Massive game England v Australia! You could feel the nervousness of everyone at breakfast. Can England do it? Or will Australia triumph again ala 2015? I recall an autumn international when England faced Australia at Twickenham and lost. I got home and there was my wife, her parents all Australians and our two young kids, both born in Melbourne and consider themselves Australians chanting Aussie! Aussie! Aussie! as I walked through the door! I dragged both kids upstairs to our dining room and pointed to a framed cap “ that’s my England cap” and that’s who you should be supporting! We left our hotel at 11am giving us ample time with breaks to get to the Oita Stadium. Twenty minutes later traffic was at a standstill. The lace was crawling for the next 30 minutes and we found out there had been an accident further ahead. “Are we going to make it on time for kick off” guests nervously questioned. We had allowed five hours to kick off for a two hour journey so I was confident we would make it with ample time to soak in the atmosphere but I felt their nervousness too. We arrived at the stadium , which was in the middle of nowhere, in good time. Some fried chicken and delicious noodles washed down by a pint of cider and I was ready for the game to begin. I messaged home and all were ready too for the game to begin. For me the moment of the game was of course, the outstanding try scored by Kyle Sinckler! I jumped out of my chair in huge celebration which entertained all around me! They had never seen me celebrate like that before at a game. An assured performance by England who are growing with every game. I messaged home to gloat and my son responded “ I am half Nigerian”! Post match crowd control was a total disaster. We were held at the exit gate and only allowed out in small numbers which resulted in a massive body of people waiting to get and it must have taken us the best part of an hour to exit the stadium! When you have two hours further to go and returning again the next day for the second Quarter Final it was not at all helpful and people could have been crushed in the melee. Oita was definitely a poor choice of location for the Quarter-Finals. In the second Quarter-Final which we watched painstakingly by streaming New Zealand crushed Ireland. England are going to have to raise their game to a much higher level when they meet New Zealand next Saturday in Tokyo.

Day 31 As a result of the crowd control debacle at the England game quite a number of guests decided not to travel to Oita and remained in Fukuoka to watch both Quarter-Finals. Luckily Miko had cornered the GM of the Hilton the night before and coerced him into providing screens and showing the games in the breakfast area of the hotel for our guests staying behind – they had not planned on showing the games anywhere in the hotel! For a while I thought I ‘d wear a red tee shirt in support of the Welsh fans among my guests. I put on the red shirt and went down to breakfast. As I waited inline for my omelette a chap I. Wales rugby shirt stood next to me. “I don’t think I can pull this off today” I mentioned pointing to my red tee shirt. “You’ll never find me in an England shirt” he responded. Decision made! This time it was the turn of the few Wales fans with us that showed a lot of nervous tension as we drove to Oita. Of course, the England fans onboard showed them no sympathy. What a fantastic match. France finally turned up at RWC with a magnificent performance. However, Wales just know how to win games and pulled this one off! As I predicted South Africa’s powerful players were just too much for Japan in the final game of the Quarter- Finals. Another mouth watering weekend of rugby awaits us next weekend in Tokyo with England v New Zealand & South Arica v Wales. Who is your money on?

Come join us next weekend in Tokyo email sales@vultd.co.uk and we’ll put together a weekend package of fun!